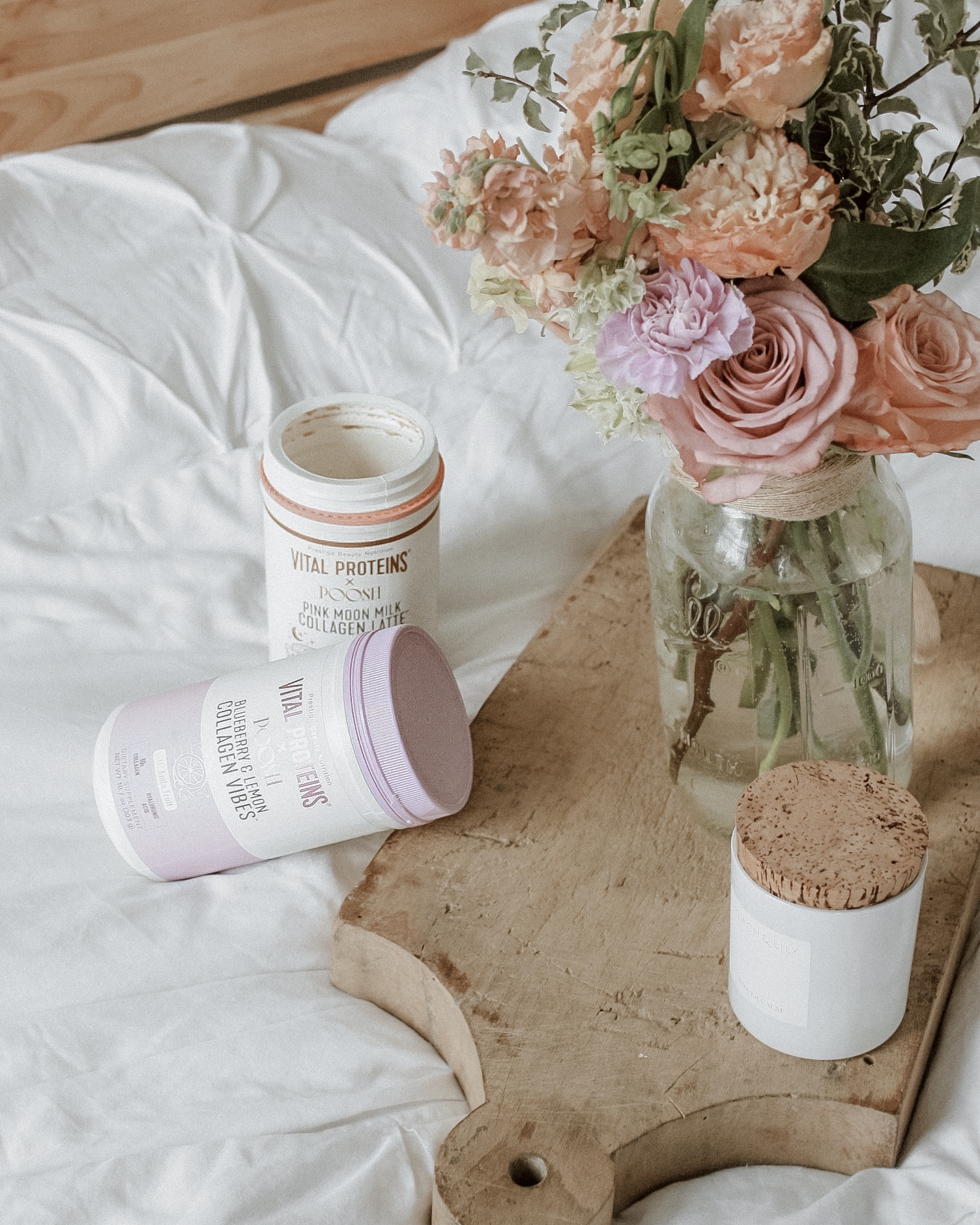 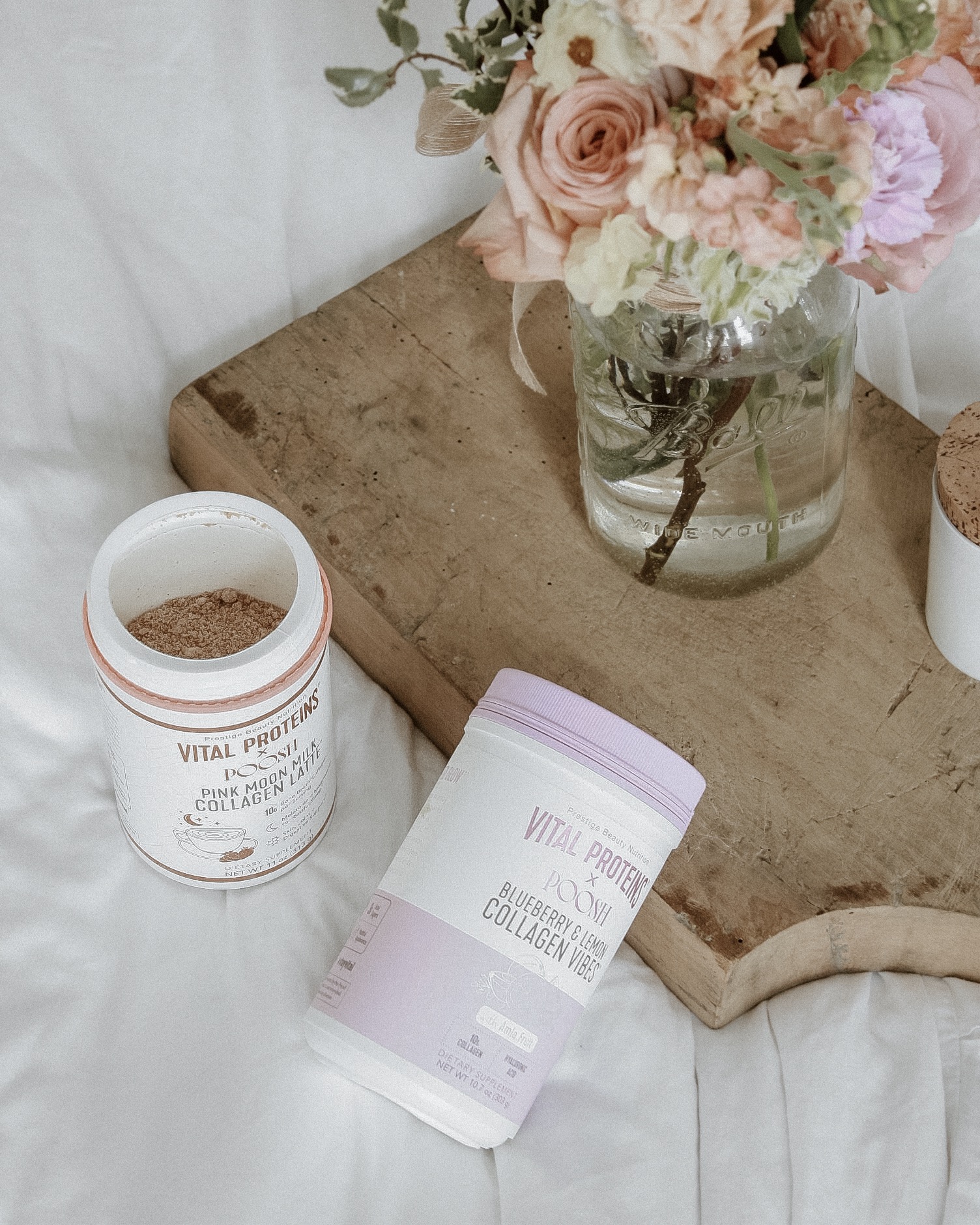 Kourtney Kardashian’s new brand, Poosh, has recently released two beauty boosting mix-in beverage powders in collaboration with Vital Proteins. There’s the Pink Moon Milk Collagen Latte and Blueberry & Lemon Collagen Vibes. The Poosh team kindly sent them over to us so I figured I’d give you guys some of my first impressions. I’m pretty unfamiliar with these mix-in powders, I’ve never really used them before, especially not long-term. But that doesn’t mean I’m not open to trying it.

The Pink Moon Milk Collagen Latte actually caught my attention, not because of the collagen part as you may have expected, but because it includes Melatonin and Magnesium! Those two have recently become my best friends when it comes to falling asleep, so naturally I was excited to see that it was included in this creamy, strawberry shortcake tasting latte. Another stand out ingredient is Ashwaganda, which I had previously been taking as a vitamin. You’ve probably even seen it being used in skincare products since it’s becoming a really popular adaptogen. It’s supposed to give you more of a calm energy and reduce stress. In addition to those three ingredients, it’s packed with spice antioxidants and even contains Hyaluronic Acid (another ingredient that’s common in skincare products) and Bone Broth Collagen to promote your skin’s elasticity as well as hair and nail health. Vital Proteins and Poosh claim that Pink Moon Milk helps to manage stress levels and helps you fall asleep.

My first impressions on Pink Moon Milk are positive! I warmed up some almond milk in a mug and mixed in two scoops of Pink Moon Milk. I had to stir it for a little bit because it doesn’t dissolve very quickly, but a little extra stirring was no problem for me. When it was all mixed I was left with a drink that truly resembled a latte. And it was creamy, not like those watery lattes you’ve probably had at least once. In fact, I’m not even a latte person. I don’t like milk of any kind and since lattes are mainly milk I was unsure how it would taste. I tried to make a matcha latte once… it did not end well nor did it taste or look like what it was supposed to haha. As I mentioned before, it tasted like strawberry shortcake but it wasn’t too sweet. It was the perfect amount of sweetness. After I finished it I was ready to knock out, which I did almost immediately. 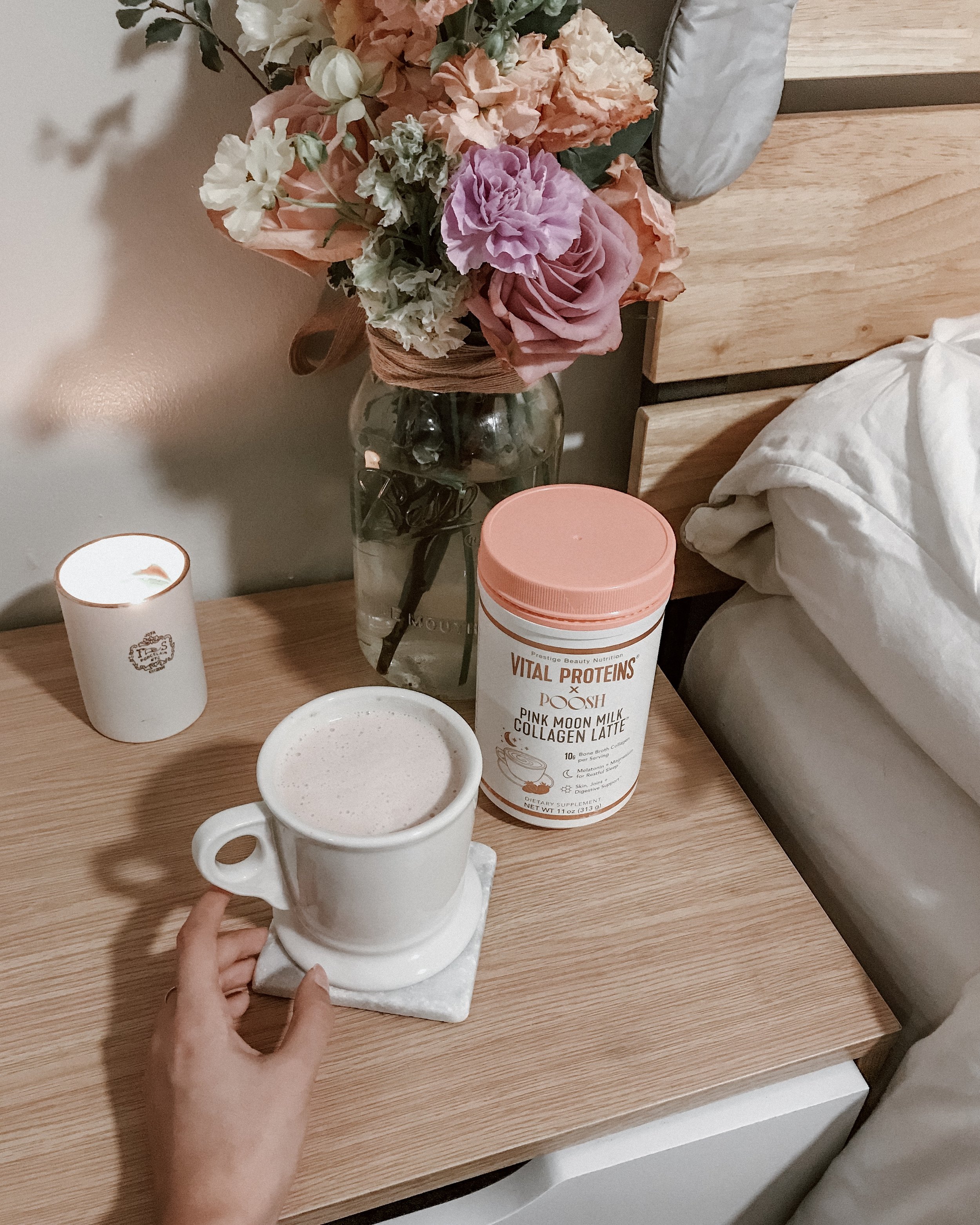 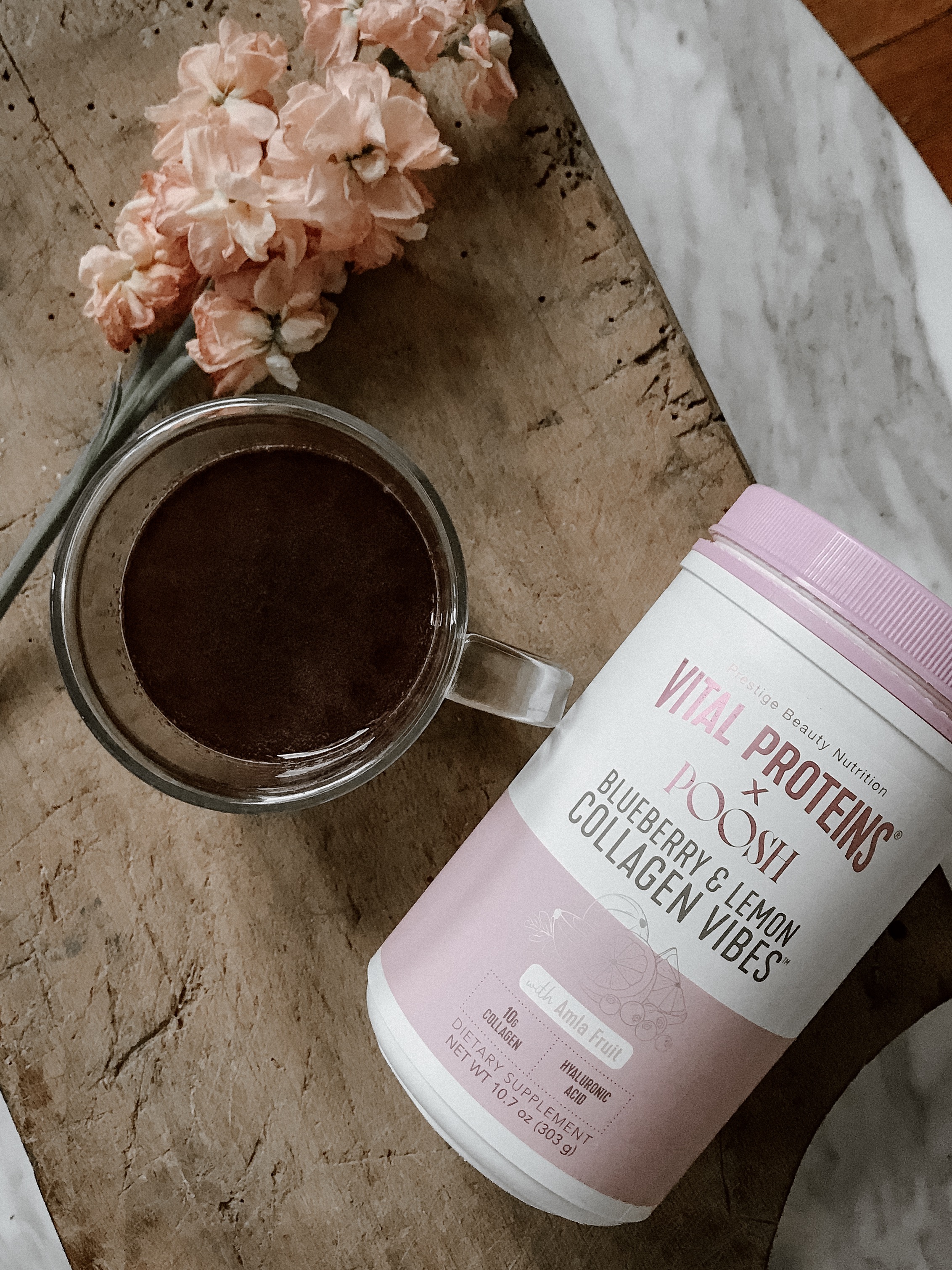 Now onto the Blueberry & Lemon Collagen Vibes. This claims to promote the skin’s elasticity and hair and nail health as well. Overall it’s basically a beauty boosting drink, while Pink Moon Milk included beauty benefits and the sleep and stress management benefits. The Collagen Vibes drink contains Collagen Peptides, Vitamin C, Hyaluronic Acid and Alma Berry as their main ingredients. Alma Berry is supposed to be great for hair and scalp health among other benefits. I do encourage you to do some research on the ingredients if you’re curious. But even if you aren’t curious it would be helpful to research them a little bit just to be safe.

This is the one you would drink in the morning, mixed with water or some sort of cold liquid. I’ve actually been wondering how it would taste mixed in with the iced green tea I usually drink in the morning. Again, I found myself having to stir this longer than I had expected to and it did leave some clumps even after the extra stirring. But enough of it dissolved for me to drink it and just take out the clumps. The drink is really light, it tastes like water with a hint of blueberry and lemon. It kind of reminded me of lemon water, but not as acidic. It definitely is refreshing and I can see how this drink would be ideal for the morning. While I can’t speak on any visible beauty benefits yet, I’m curious to see what happens if you drink these regularly long-term!

For those who are curious, these are dairy and gluten free but not vegan.

Pink Moon Milk Collagen Latte and Blueberry & Lemon Collagen Vibes were gifted by Poosh. All opinions are my own.